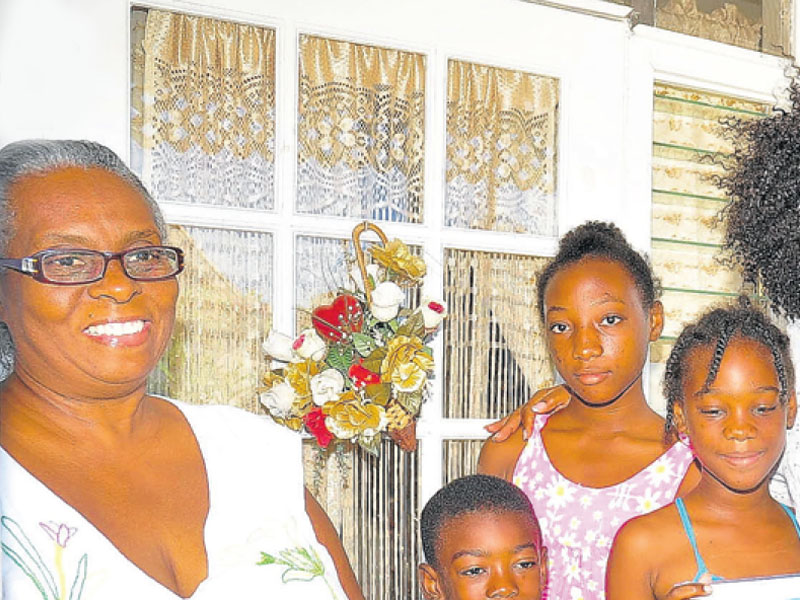 STARCOM NETWORK’s My Christmas Wish is like the gift that keeps on giving.

Despite an increasing demand from children who write to My Christmas Wish, a part of the radio programme Today In VOB Country, asking for Christmas presents for others, presenter Carol Roberts said they were determined to grant as many wishes as they could.

She said that every year she planned to distribute only 12 gifts but yesterday well over 50 items were presented to about 14 children. The broadcaster said that each letter pulled at the heartstrings and she promised to be back on the road next Tuesday to answer letters. “A lot of the letters we receive come from children in need. There was one little boy who lived with his grandmother and he said his father always makes promises but he has never delivered.

“We even got one from a young lady. Earlier this year their home was damaged by fire and she was asking for presents for her siblings . . . . The good thing about these letters is that they don’t ask for themselves but for other people they know,” Roberts added. Yesterday the SATURDAY SUN followed the Starcomteam to homes at Emerald Park West, St Philip; Maynards, St Peter; and Westbury Road, St Michael.

“It’s an amazing experience and I think we can learn a lot from these letters,” she added. Representatives of retail store Cave Shepherd, including marketing director Kay Richards and chief operations officer David Pietrzak, also went along for the ride. Richards said that last year was their first time participating and they promised to continue to donate.

“We just had to do it again, so we are on board to do it every year. The smiles and the happiness we see when we make those presentations, we can’t help but want to do it again,” she said.

One of the lucky families was the Foster siblings, who now reside at Westbury Road, St Michael. In their letter, eldest sister Khia-Amor Foster recalled that her home was lost to fire in early June. When asked what prompted her to write the letter, the youngster was in state of shock,

so her grandmother Ava Foster stepped in. She said in 2015 they tried to get the attention of the show by writing a letter but they were not successful. This time they were lucky. (TG).